Is it linguistically possible to report objectively on protests vs. police? 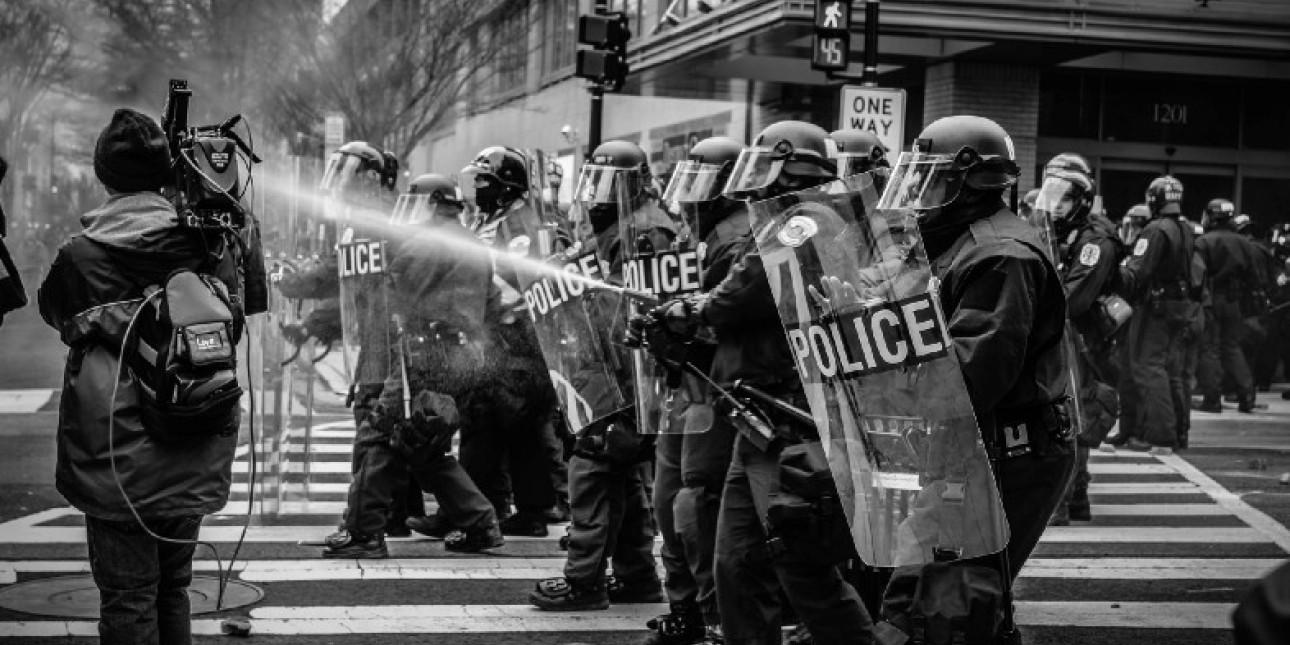 When reporting on observable corruption among politicians, local government, or law enforcement, journalists know not to take these groups at their word, to keep them at an objective-arm’s length, and to treat them like any other source. When our reporting has demonstrably political consequences — a corrupt official out of office, a compromising relationship exposed — we cheer our impact.

But when that amorphous group “the people” acts against the police, against the city, against the government, in a way that those institutions find threatening, suddenly the side of the institution is neutral ground. And if our work has a positive impact on the people in opposition, well, that’s advocacy. We must avoid it at all costs for fear of looking biased.

This attitude manifests itself in coverage that gives more weight to looting and property damage than the catalyst of that reaction, peaceful protests, or even indisputable evidence — that we can see with our own eyes andvia videos circulated among our peers — of police inciting violence or responding to protesters and journalists with undue force.

But when you’re reporting on a protest movement in which the objects of that protest are the very people supposedly present to keep that protest safe, it is nearly impossible to frame the situation objectively.

It’s a function of semiotics, the study of signs and symbols like language. Objectivity requires the (some would say mythical) act of not choosing a side. But to speak a language, we must define words and signs in relation and opposition to other words and signs. For instance, I understand what “peanut butter” means because I know of the popular sandwich spread and I also know that it isn’t “jelly,” an entirely different substance.

I know what a tree looks like because I also know what a bush, grass, and flowers look like and that they are not trees. Through this act of negation, we understand “tree” doesn’t just describe a tree, it also defines “what-is-not-a-tree.” There are trees and there are not-trees. It’s how all signs function.

When we gather around the news desk to discuss whether a report is objective enough, we seek the most truthful way to describe an event without undue influence from others. In many instances, maybe even in most instances, this is a realistic goal. We look at a building that is painted the color we all agree is “red” and call it red, then move on with our lives.

But when we are reporting on a conflict, an event where two or more entities are in direct opposition, the relative value of words and signs make this nearly impossible.

If you’re reporting on an Eagles vs. Patriots game, if the Eagles win, the not-Eagles lose — in this case, the Patriots. There’s no possible way to describe one team winning the game without the other losing.

This applies to the civil unrest cities across the country are experiencing. We are not watching the game of protesters versus no one, with the police just coincidentally standing by. We are witnessing people protesting police brutality (and much more) acting versus the police. There are inherently opposite sides to this conflict.

This complicates things for the news industry because, unless we are rooting out corruption among its ranks, our default is to fall in line with law enforcement as some sort of neutral ground. Usually, we adopt the stance of the police as they seek to stop criminals as a way of taking up for “the people.” If the stated goal of the police is to protect “the people” and news outlets speak for “the people” then implicitly we are on the side of the police seeking to protect them.

But this default stance can’t make sense when the police are party to the conflicts we are watching unfold. They are invested in their side “winning” just as much as the “other side.” Every filmed and photographed instance of brutality and escalation working its way across the internet speaks to this.

And thus, taking their vantage point for granted is not neutral. Because we define words and signs in relation to each other, not in a vacuum.

Say you’re an editor deciding whether to publish photos of a protester where their face is clearly identifiable. Say you’ve also been made aware that law enforcement is surveilling published photos of the protest to seek out those who have participated in order to retaliate against them. (An act with global precedent, it should be noted.)

Because of the relative value of these choices, however, it’s not that simple. Words, signs, and thus news frames are defined in relation and opposition to each other, not in relation to a void. This choice is not between protecting the protester and having zero effect, choosing a neutral path. The choice is between protecting the protester and potentially putting them in harm’s way. It is protection or not-protection.

This is not to say that journalists should side with any party. Rather, as an industry, we must understand how the function of our meaning-making systems — language and news frames — eliminates the chance for neutrality in these circumstances. All editorial decision-making is just that: decision-making. The lack of objectivity inherent in covering protests against police brutality needs to underscore all of those decisions.

A Tipsheet on Interviewing Private Citizens