Can student journalists and local media collaborations work together? 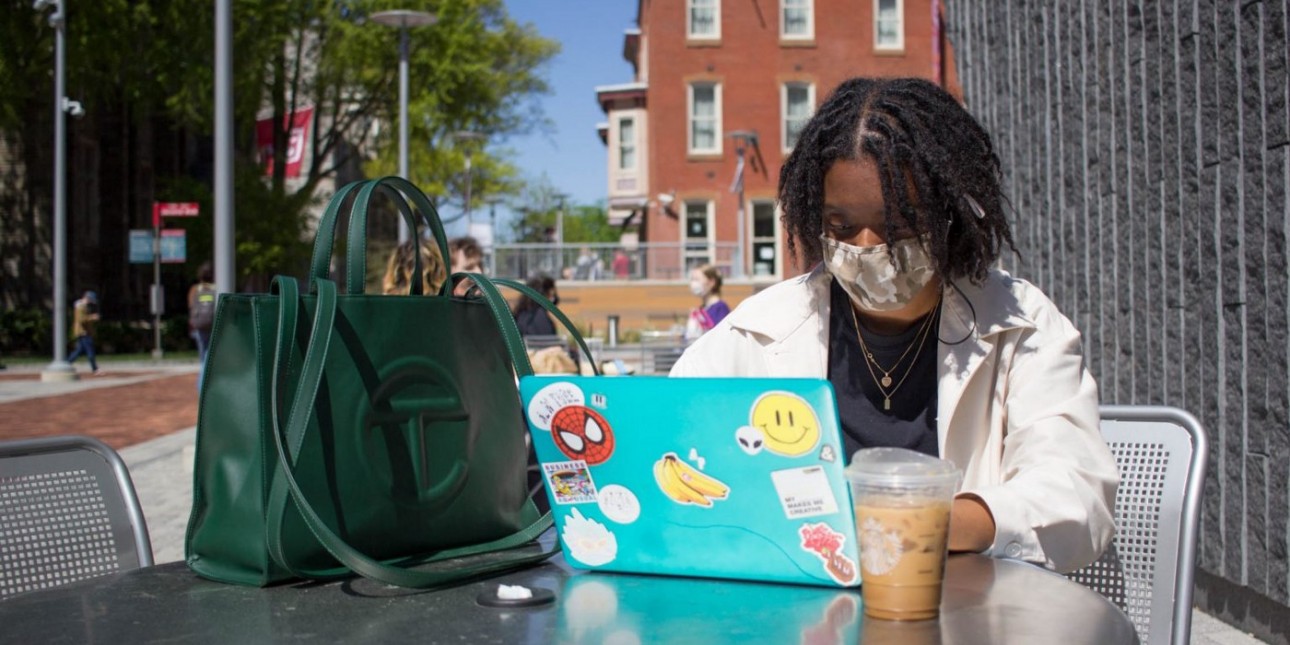 Here's what we learned.

Collaborative reporting doesn’t always feel instinctive. Especially in a university environment where the student media organizations are isolated in different buildings across campus with little history of working together.

But, working together can push journalists to pool their individual strengths and create more informative and multidimensional storytelling.

In tandem with Resolve Philadelphia, a Philadelphia media resource nonprofit leading the Broke in Philly news collaborative, four student media organizations at Temple University formed a first-of-its-kind partnership during the 2020–21 academic year. The collaboration produced more in-depth coverage of the student COVID-19 experience than the organizations could on their own through two published stories with multimedia elements, both of which were republished by Resolve’s partner outlets.

In total, about 14 of us student reporters, six college faculty members, and three Resolve staff members worked together over the course of a year to make the collaboration happen. There were several institutional barriers in place before the reporting even began: our four student media outlets were largely siloed across the university, there was a legal process to get through for publishing the work, and the backdrop of the COVID-19 pandemic was still complicating workflows. But from the beginning, we saw the value in finding a way for professional and student journalists to work together in an urban reporting setting and forge a model to introduce students to collaborative journalism.

“This collaborative is so important because of the unique number of stories and angles that student media can take,” said Ray Dunne, the incoming general manager of Temple University’s WHIP Radio.

The student media outlets had coordinated coverage while contributing to covid19tu.com earlier in the pandemic. But to report these stories collaboratively, we had to set our expectations for working together up front.

We gauged how much time each outlet could commit to the project, the types of reporting we could complete in our timespan, and the support we would need from Resolve and Temple student media during the process. In the fall semester, student representatives from Temple outlets attended Resolve Philly partner meetings to observe collaborative processes, laying the groundwork for when the students began organizing their collaborations in the spring. The experimental environment of Resolve’s partner meetings and the mutual respect among partner organizations helped us learn the fundamentals of collaboration, while Resolve’s reporting workshops taught us to find specific angles within such a broad topic.

Student reporters and representatives from the four student media outlets met once a week at a time that was outside of every outlet’s production schedule, which proved crucial to balancing each outlet’s editorship. We gradually emphasized each collaborator’s strengths and interests to maintain momentum for the project as weeks progressed and reporters kept checking in with the larger group. For example, our print reporters’ strong suit was their writing, so they handled finding sources and drafting stories. On the other hand, radio reporters interviewed them to make their stories feel more personal and transparent.

“It was a bit tricky to find sources, but once I did, I was able to have really eye-opening discussions with them that really reinforced the sentiment that everybody is going through something different,” said Haajrah Gilani, a reporter from The Temple News, the independent student newspaper. “I was able to share my notes with the other writers on the article and we were easily able to find a place to fit the quotes I gathered.”

To make the project feel less daunting, each student chose how involved they personally wanted to be. For instance, while one student contributed data visuals toward the end of the project, another worked on both published stories from start to finish. Both students checked in throughout the project either by attending our weekly meetings or sending updates via Slack. And both were encouraged to contribute in whatever way was best for them.

As we learned to work collaboratively, we ran into unanticipated editorial challenges. We struggled to create a uniform set of editorial guidelines for our collaboration because each student organization had a different reporting process, especially when it came to our writing styles and finding sources.

Each editorial issue was addressed on a case-by-case basis, which wasn’t always effective and resulted in us scrapping a story one week before our planned publication date. Because of this, one of the participating outlets didn’t have a byline in our final product. However, they had contributed valuable insight that shaped our final product, and the conversations and collaborated work up until the final product will prove useful for future collaborations. We discussed creating a common set of publication expectations to make future collaborations easier.

As we juggled these editorial issues, we received support and encouragement from the professional reporters in the Broke in Philly partnership. Their enthusiasm for our work helped us see the excitement in collaborating, even in the moments when working together became difficult.

“I was impressed with the Temple students’ in-depth reporting on topics Technical.ly has covered often over the past year — the importance of digital access amid the pandemic, and the effects of remote work,” said Julie Zeglen, the managing editor of Technical.ly, one of the news outlets in the Broke in Philly partnership. “We hadn’t reported on those from the specific perspective of college students yet and were happy to be able to feature their voices on our site.”

Chris Malo, a Temple journalism professor who is the editor of the journalism department’s student-produced outlet Philadelphia Neighborhoods, hopes the work from the student collaboration will open a door for students to directly co-report stories with the professional Broke in Philly partners.

“One of the potential ways the partnership could expand would be when local newsrooms recognize the reporting done at Klein isn’t just good for ‘student journalists,’ but is just good reporting,” Malo said. “Period.”

Students themselves are excited to have had a chance to learn from one another because it elevated the quality of work they produced.

“Our stories wouldn’t be what they are now if only one person had written them,” said Tyler Perez, a reporter from The Temple News who worked on both published stories. “If I learned anything from this project, it’s to work with reporters who you admire and to trust them to do what they do best: that’s what I did, and it resulted in some of the best stories I’ve had the pleasure to be a part of.”

A Home for Missed Goodbyes: Relaunching With Love